Apple Patents Use Of Fingertips as Interaction Devices

Posted on February 12, 2008 by Matthias Shapiro

In a development certain to inspire renewed confidence in the company that has shown us technological marvel after marvel, Apple has filed a patent elucidating the innovative use of fingertips to drive interaction between people and electronic devices.

“It’s something we feel that Apple is uniquely positioned to bring to the table, given our overwhelming superiority with all technology… at least as percieved by our more rabid devotees” said Apple CEO Steve Jobs. “This patent will help us corner the market on interactive innovation or, as I like to call it, Appleactive iMacopodovation. TM.”

Under the patent filing, Apple has been granted the exclusive right to develop applications responding to input stemming from the distal phalanges. The company has not been forthcoming with specifics of any application development this may open for them, but the excitement seemed barely containable. 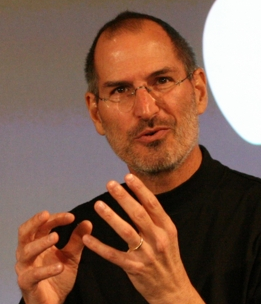 “It will really change the way we work with all of our devices,” continued Mr. Jobs. “As far as I know, no one has ever used their fingertips to interact with anything electronic before. We were working under the assumption that heretofore people have been typing exclusively with their knuckles and chin.”

“And it isn’t like we patented the entire hand! Non-Apple users are more than welcome to continue human-computer interaction with their metacarpals and their proximal phalanges. Hell, we’ll even throw in the entire thumb as a gesture of good faith.”

And the intermediate phalanges?

“I didn’t want to say anything about those till next week,” Mr. Jobs replied with a sly smile.

An image from the Apple patent application

Although they are disappointed with the dismissal of their proposal to patent the use of all parts of the human body, Apple remains confident that this patent will clear the way for a host of new technologies.

In a separate press release, Apple indicated that all their new fingertip sensitive technology will emit a toxin that can only be counteracted by the regular administration of a specific antidote, deliverable only through Apple approved products.

“We don’t want to stymie innovation, we just want to make sure that our intellectual property is being respected,” the Apple representative noted. “The toxin will degenerate the lumbrical muscles, rendering further fingertip interaction impossible. We feel that this is a fair move for us to take, given our need to protect what is rightfully ours.”

When asked to articulate what Apple felt was rightfully theirs, the representative mumbled something about “the souls of all mankind” before excusing himself from the stage.

This entry was posted in Uncategorized and tagged Apple, parody. Bookmark the permalink.

0 Responses to Apple Patents Use Of Fingertips as Interaction Devices